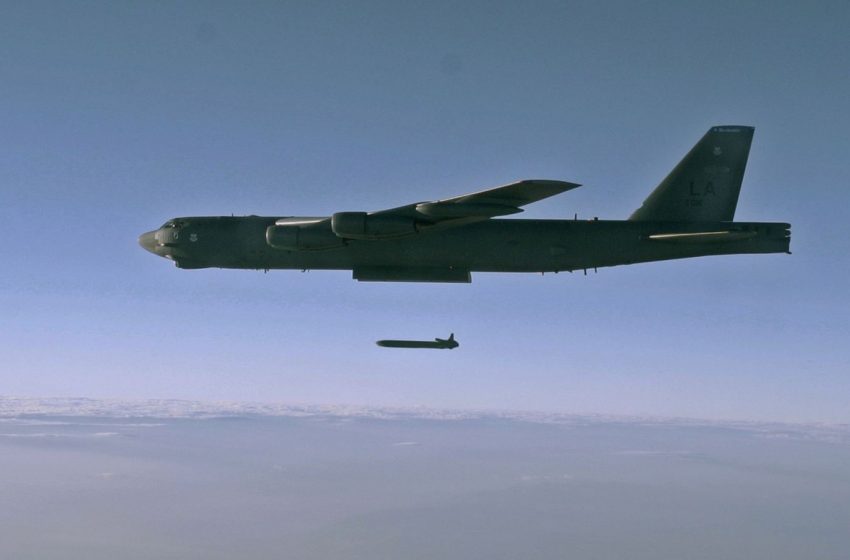 Key point: The escalation spiral is quick and leaders quickly lose control of events. Can nuclear-armed states hold back from over-reacted to incidents?

A “small” nuclear war would kill or injure more than 90 million people within just a few hours.

That’s the startling conclusion that a team of researchers at Princeton University reached when they simulated an exchange of small-yield “tactical” nuclear weapons between the United States and Russia.

Princeton’s Science and Global Security project team on Sept. 6, 2019 released a video of the simulation, with tiny missiles arcing over continental maps and pinprick blasts erasing cities and countries as the body-count rises.

The video underscores what experts for years have been saying. There’s really no such thing as a small nuclear war. Any wartime use of atomic weapons would be catastrophic, even civilization-ending.

The Science and Global Security team developed the simulation to depict what it described as “a plausible escalating war between the United States and Russia using realistic nuclear force postures, targets and fatality estimates. It is estimated that there would be more than 90 million people dead and injured within the first few hours of the conflict.”

The Princeton simulation relies in part on NUKEMAP, an on-line atomic-strike simulator that historian Alex Wellerstein developed. “We live in a world where nuclear weapons issues are on the front pages of our newspapers on a regular basis, yet most people still have a very bad sense of what an exploding nuclear weapon can actually do,” Wellerstein explained.

“This project is motivated by the need to highlight the potentially catastrophic consequences of current U.S. and Russian nuclear-war plans,” the Princeton team stated.

“The risk of nuclear war has increased dramatically in the past two years as the United States and Russia have abandoned long-standing nuclear arms control treaties, started to develop new kinds of nuclear weapons and expanded the circumstances in which they might use nuclear weapons.”

As part of the wider strategic escalation between the two countries, the United States under Pres. Donald Trump has moved to acquire new, smaller-yield nuclear weapons — and has begun writing doctrine for employing them even in cases where the threat is non-nuclear.

This is a bad idea, Deverrick Holmes explained for the Center for Arms Control and Non-Proliferation in Washington, D.C. “Embracing the concept of limited nuclear war is folly to the highest degree, and we fool ourselves if we think using low-yield nuclear weapons will somehow help halt the escalation to all-out destruction.”

“We already know this,” Holmes added, “we have tested the proposition before.”

In 1982, the Reagan administration organized a war game known as “Proud Prophet” involving high-level defense officials. During the exercise, which played out over two weeks, the United States wanted to test the theory of limited nuclear strike. What they found was that the Soviet Union perceived even a low-yield nuclear strike as an attack, and responded with a massive missile salvo.

“The result was a catastrophe,” said Paul Bracken, a political scientist and Department of Defense advisor. “A half-billion human beings were killed in the initial exchanges and at least that many more would have died from radiation and starvation. NATO was gone. So was a good part of Europe, the United States and the Soviet Union. Major parts of the Northern Hemisphere would be uninhabitable for decades.”

Post-Proud Prophet, the rhetoric and policies coming out of the Reagan administration shifted dramatically. Bracken writes, “Launch on warning, horizontal escalation, early use of nuclear weapons, tit-for-tat nuclear exchanges — these were banished conceptually and rhetorically.” The exercise brought to light the inherent flaws of using nuclear weapons to maintain stability, and the Reagan administration stopped working to respond to nuclear escalation, instead focusing on reducing risks altogether.

The Reagan administration gazed upon the simulated horrors of simulated nuclear war and made an effort to change its policies in order to minimize the chance of any atomic exchange.

It’s not clear that the Trump administration will have a similar change of heart, even when confronted with a depiction of a “small” nuclear war that kills 90 million people in a virtual instant.

David Axe served as Defense Editor of the National Interest. He is the author of the graphic novels  War Fix, War Is Boring and Machete Squad. This first appeared in 2019 and is being reposted due to reader interest.