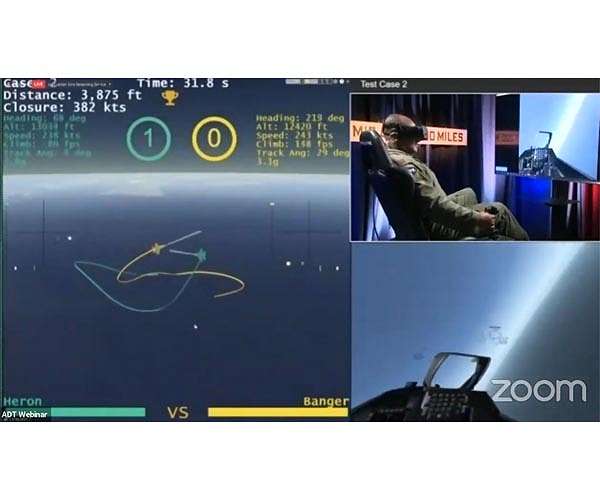 “The goal was to earn the respect of a fighter pilot – and ultimately the broader fighter pilot community – by demonstrating that an AI agent can quickly and effectively learn basic fighter maneuvers and successfully employ them in a simulated dogfight.”

The trials were designed to energize and expand a base of AI developers for DARPA’s Air Combat Evolution (ACE) program. ACE seeks to automate air-to-air combat and build human trust in AI as a step toward improved human-machine teaming.

“This was a crucible that lets us now begin teaming humans with machines, which is at the heart of the ACE program where we hope to demonstrate a collaborative relationship with an AI agent handling tactical tasks like dogfighting while the onboard pilot focuses on higher-level strategy as a battle manager supervising multiple airborne platforms.”

Eight participating companies – ranging from major defense contractors to a four-person firm – spent less than a year developing and teaching their AI agents how to fly and excel in simulated aerial combat.

“As part of STO’s Mosaic Warfare vision of distributed manned and unmanned systems, the trials laid a strong foundation for further algorithm development in the ACE program as it moves now from a simulation environment to testing algorithms and measuring pilot trust on actual aircraft.”

Due to the COVID pandemic, the third and final trial could not be held in person at AFWERX in Las Vegas as originally planned. Instead, the Johns Hopkins Applied Physics Laboratory (APL) in Laurel, Maryland, virtually hosted the finals August 18-20 and streamed the event live on ZoomGov and YouTube. APL hosted the first two trials in October 2019 and January 2020 in person.

To watch the August 20 semifinals and final match of the AI-agent competition followed by the champion AI agent versus human fighter pilot, visit here

All about the robots on Earth and beyond! 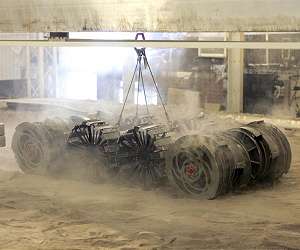 
Human Rights Watch said Monday it was seeking a new international treaty to halt the race towards fully autonomous weapons, claiming a growing number of countries wanted an outright ban.

The non-governmental organisation (NGO) said 30 countries are now explicitly seeking a ban, after compiling an overview of 97 nations with a stated position on the use and development of what it termed “killer robots”.

Most of the 97 want a treaty “to retain human control over the use of force”, said New York-ba … read more