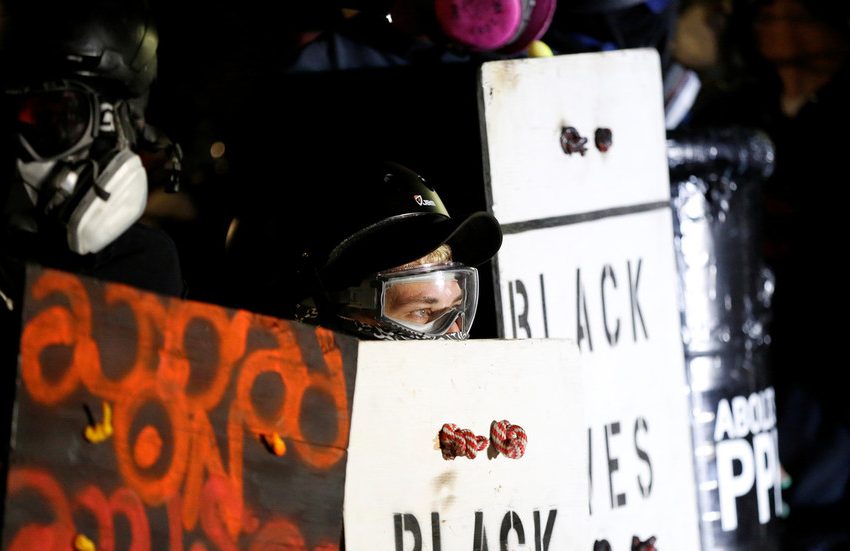 After trying to whitewash the unrest gripping Portland for more than three months as “mostly peaceful” protests, the mainstream media is going a step further with NPR saying that declaring a riot to be a riot may be racist.

The taxpayer-funded media outlet said on Thursday that when police declare protests in Portland to be riots, that definition “could be rooted in racism.” The story, reported by NPR’s Oregon Public Broadcasting affiliate, went on to say that laws governing riot declarations are “vague and have roots in Oregon’s deeply racist past.” Although Oregon outlawed slavery, it had laws banning blacks from living in the state or owning property.


For observers who have watched social media footage of fires burning, mobs of mostly white rioters throwing rocks and other objects at police, and people being attacked in the street by Black Lives Matter and Antifa activists, NPR’s theory may come as a surprise. Demonstrators in Portland have wounded law enforcement officers and set fire to buildings, including a police precinct and the police union headquarters. They also set up a barricaded autonomous zone near Mayor Ted Wheeler’s home in June, though police broke it up the next morning.

Wheeler has rejected offers of federal law enforcement assistance to help quell the riots and did so again today in a letter to President Donald Trump. The mayor blamed Trump for making the situation “far worse” when he set federal officers to Portland last month to defend federal property in the city.

Also on rt.com
‘Stay away’ Portland mayor tells Trump on offer of federal aid, as DOJ accuses city of siding with rioters


NPR’s examples of questionable riot declarations were puzzling. In one case cited, hundreds of protesters marched to a police office, where some of the demonstrators spray-painted the building  and others threw projectiles at officers. Finally, police announced on a loudspeaker that the gathering was declared a riot and warned protesters that those who didn’t disperse could be subject to use of pepper spray and other crowd control weapons. The protesters refused to budge and lined up with shields and umbrellas, leading to a violent clash as police dispersed the group.

Given the severity and longevity of the Portland riots, NPR’s racism theory was met with mockery and astonishment on social media. “We have reached a remarkable point in history,” one Twitter user said. “Every time I think there’s no way any press outlet can be more blatant and shameless, they outdo themselves.”

We have reached a remarkable point in history. Every single time I think “there’s no way any press outlet can be more blatant and shameless”, they outdo themselves. Truly impressive to behold.@WokeCapital get a load of this one

Others called the thinking behind the article “insanity,” or “the most ridiculous thing I’ve ever heard.” One netizen noted that “the systematic redefinition of everything inconvenient to their narrative as ‘racist’ continues.” Another pointed out NPR’s public funding, saying: “We’re paying for it via tax dollars.”

Heritage Foundation executive James Carafano warned that such dismissive characterizations of the violent protests going on across the nation lead to more unrest. “One of the big problems has been media enablers normalizing violence, making it acceptable and creating space for more violence,” Carafano tweeted.

One of the big problems has been media enablers normalizing violence, making it acceptable and creating space for more violence https://t.co/avk1pUr6Y2