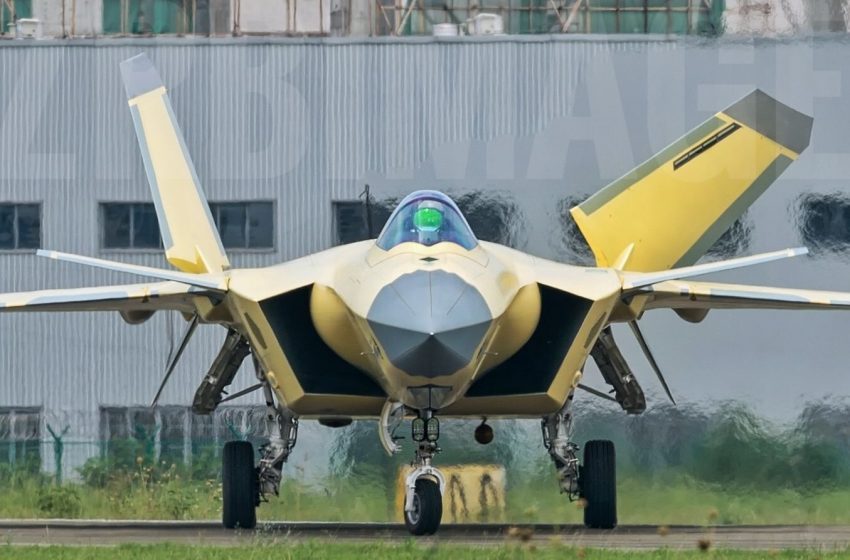 The Chinese are seeking to intimidate India’s military by deploying two J-20 fifth-generation stealth fighters just several hundred miles from the tense border region, sparking considerable media speculation regarding the intent of the operation and potential escalation between the two countries.

Two J-20s reportedly appeared at Hotan Airport in Northwest China’s Xinjiang Uygur Autonomous Region, about 300 kilometers from the border, according to a report in Forbes cited by the Chinese government-backed Global Times.

The Global Times went on to quote Chinese military experts saying, “foreign media should not over-interpret its possible presence in a flashpoint region, as it is likely part of normal training on long distance flight and environment adaptation.”

The presence of the J-20 in the region does appear to present a significant threat not yet apparent in the tense border region, as it introduces advanced stealth technology to the area for the first time. While the paper does point out that India has deployed the Su-30s and MiG-29s to the area, they are not fifth-generation planes with stealth configurations and technologies in any way comparable to the J-20.

It may not be known if a Chinese J-20 could successfully “out-dogfight” or maneuver Su-30s or MiG-29s in air-to-air combat, yet the mere presence of the J-20s stealth exterior may preclude or remove any need for air-to-air engagement by virtue of being able to strike before being detected.

J-20s would, of course, bring new dimensions of air support to a potential ground incursion into India, given the massive extent to which it could attack forces on the ground and engage air-to-air threats.

However, while many see the J-20 as a rather transparent F-35 and F-22 “rip off,” it is by no means clear that the Chinese fifth-generation plane is equipped with weapons, sensors, AI-enabled systems and computer automation in any way similar to the F-35.

China’s one-million-strong army, coupled with J-20-created air superiority would make the prospect of a Chinese incursion into India a formidable proposition, a reality which in part informs reasons for a strong U.S.-Indian alliance.

Kris Osborn is the new Defense Editor for the National Interest. Osborn previously served at the Pentagon as a Highly Qualified Expert with the Office of the Assistant Secretary of the Army—Acquisition, Logistics & Technology. Osborn has also worked as an anchor and on-air military specialist at national TV networks. He has appeared as a guest military expert on Fox News, MSNBC, The Military Channel, and The History Channel. He also has a Masters Degree in Comparative Literature from Columbia University.