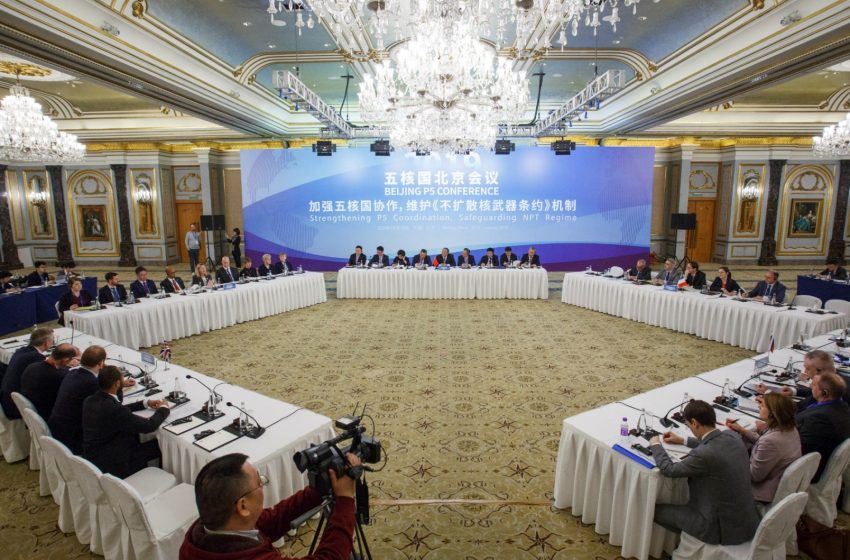 The Trump administration has yet to decide the fate of the sole remaining U.S.-Russian nuclear arms control treaty, New START, which expires in February. Among other conditions, it insists that any follow-on nuclear accord with Russia must also include China.

Striking a deal with Beijing in the next six months is highly unlikely. Accordingly, if the United States should agree to extend New START it could help ensure current limits on Russian nuclear forces remain in place. It might also adopt a different, multilateral approach to engaging China in arms control talks.

The administration has a valid point about China. Under New START, the United States and Russia further reduced their nuclear-equipped heavy bombers, long-range missiles, and deployed warheads. China, which is not a party to the treaty, has meanwhile steadily expanded its smaller but still potent nuclear force. This build-up calls into question Beijing’s intentions regarding its long-held policies of “no-first-use” and maintaining only a minimum deterrent force.

China has repeatedly rejected calls to join nuclear arms control negotiations with the United States and Russia and did so again earlier this month. Beijing asserts that the two nuclear superpowers must first slash their arsenals to even lower levels. Likewise, it has been reluctant to be more transparent about its nuclear intentions, claiming that secrecy is essential to the survivability of its smaller force.

There are reasons to believe that China could be persuaded to be more open to discussions on controlling nuclear arms.

But there are reasons to believe that China could be persuaded to be more open to discussions on controlling nuclear arms, particularly if they involved a broader set of negotiating partners and if a formal arms limitation treaty were not the immediate objective.

First, the timing may be propitious. China has become more isolated internationally as a result of its repression in Hong Kong, Xinjiang, and Tibet, large-scale theft of intellectual property, and early mishandling and cover-up of the COVID-19 pandemic. Beijing might be looking for ways to appear more cooperative on the world stage.

Second, China has played constructive roles in other nuclear-related negotiations. For example, it signed the multilateral 1996 Comprehensive Nuclear-Test-Ban Treaty and participated in the international monitoring system to detect nuclear explosions around the world. Five of the system’s seismic stations are on Chinese territory.

China also played a constructive role in negotiations leading to the 2015 multilateral Iran nuclear deal aimed at limiting that country’s pathways to developing nuclear weapons. With U.S. encouragement, China took a lead role in redesigning an Iranian heavy water reactor that could have been used to produce weapons-grade plutonium.

Third, China may be more willing to participate in negotiations if the United States can persuade France and the U.K. to do likewise. All five officially recognized nuclear weapon states (the so-called “P5”) collaborated successfully in the Iran negotiations. As Beijing has publicly signaled, a P5 format might be more conducive to Chinese participation than the prospect of negotiating alone with the two nuclear superpowers.

Fourth, some Chinese analysts (PDF) have suggested that their country’s views on nuclear transparency may be evolving due to growing confidence in the survivability of its nuclear forces and because secrets are increasingly hard to keep in a world of high-resolution commercial satellites and widespread sharing of information on the internet.

These considerations offer some hope that Beijing might be open to dialogue on nuclear transparency, monitoring, and verification measures akin to those the United States and Russia have long accepted.

For example, merging the separate U.S.-Russian and Russian-Chinese agreements to notify each other of long-range ballistic missile launches and expanding the concept to include all members of the P5 might be a good place to start building confidence and setting a useful precedent.

Likewise, P5 joint verification experiments or mock inspections might increase understanding of the modalities and value of measures to increase nuclear openness and predictability. Similar activities in other contexts, such as the Intermediate-range Nuclear Forces and Conventional Armed Forces in Europe Treaties, have helped international participants gain experience and work together. The inclusion of all five countries might bolster a sense of inclusion and fairness as well as help lay groundwork for cooperation on more challenging issues, eventually including verifiable agreements to limit nuclear arms.

Overcoming China’s reticence to engage in nuclear-related talks will likely take deft diplomacy, time, and patience. Washington may need to weigh the importance of China’s cooperation in nuclear arms control with other U.S. goals. The issue of participating in five-way nuclear negotiations could also require debate and consensus-building within France and the U.K.

In the meantime, the threat posed by Russian nuclear forces remains. Extension of the 2010 New START Treaty does not require Senate ratification, only presidential approval. Failure to take such a simple and prudent step could be a mistake of epic proportions.

Frank Klotz, a retired lieutenant general, is an adjunct senior fellow at the nonprofit, nonpartisan RAND Corporation. He was the first commander of the Air Force Global Strike Command and administrator of the National Nuclear Security Administration. John Lauder is an independent consultant and retired senior intelligence officer. He was chief of the Intelligence Community’s Arms Control Intelligence Staff and Nonproliferation Center and a deputy director of the National Reconnaissance Office. William Courtney is an adjunct senior fellow at RAND and was U.S. ambassador to Kazakhstan, Georgia, and the U.S.-Soviet commission to implement the Threshold Test Ban Treaty.

This commentary originally appeared on RealClearDefense on August 3, 2020. Commentary gives RAND researchers a platform to convey insights based on their professional expertise and often on their peer-reviewed research and analysis.