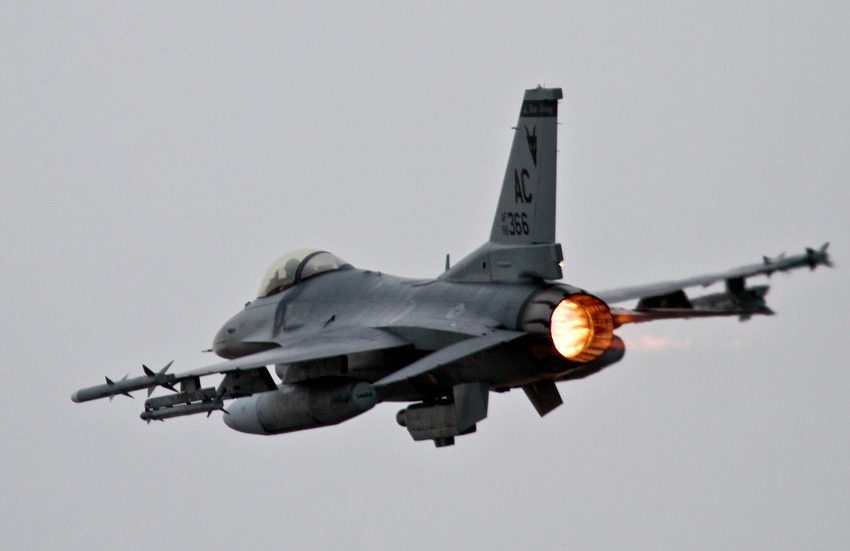 A human pilot with more than 2,000 hours in an F-16 fighter lost five straight dogfights against an artificial intelligence algorithm, in a competition organized by the US Defense Advanced Research Projects Agency.

DARPA’s Air Combat Evolution (ACE) program pitted AI developed by eight companies – including the military industry giant Lockheed Martin – against each other, before the winner went up against a human pilot in Thursday’s AlphaDogfight trials competition.

Identified only by his callsign ‘Banger,’ the DC Air National Guard pilot had recently graduated from the F-16 Weapons Instructor course and had logged thousands of hours flying the Fighting Falcon jet. He lost, every single time.

The AlphaDogfight Trials have concluded! Congratulations to Heron Systems whose AI agent won the championship among the systems competitors and then beat our F-16 pilot in five straight simulated dogfights in the man-vs-machine finale. The event is here: https://t.co/MRvwUmpgj6pic.twitter.com/ad47YvMe5Z

The contest had very simple rules, using only the jet’s guns rather than missiles. While the AI was bound by the physical limitations of the jet, it was not obligated to follow the Air Force’s rules and procedures for basic fighter maneuvers and angles of attack, enabling it to sweep ‘Banger’ from the sky every time. It was also able to react faster than the human pilot.

DARPA’s Justin ‘Glock’ Mock, who ran commentary on the trials, called the result “a giant leap” for the technology.

Even more impressive is the fact that, prior to triumphing over the human pilot, the victorious AI beat seven other competitors – including Lockheed Martin. The winner was developed by Heron Systems, described as “a woman-owned, small disadvantaged business” based in Maryland and Virginia since 1993. Development reportedly only took one year.

Colonel Daniel Javorsek, who manages the ACE program, said that fully autonomous AI flying planes were “still quite a way off,” and the program’s goals were to see if this was “even feasible right now.” It would still take a decade to put an AI system in charge of a F-16 or a F-15, Javorsek added, noting it was more likely to be used as an advanced tactical autopilot or to run a drone system.

The notion bears an uncanny resemblance to the plot of the 2005 action film ‘Stealth,’ with DARPA apparently undeterred by the fact that it crashed and burned at the box office.

The stated goal of ACE is to automate air-to-air combat to the point where the human pilot can go “from single platform operator to mission commander,” controlling not just his jet but a swarm of drones accompanying it.