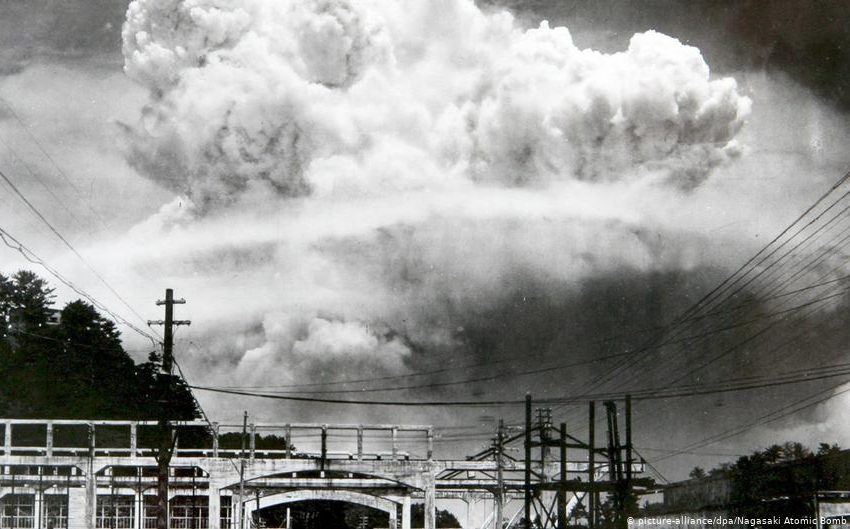 With the dropping of the atomic bombs on Hiroshima and Nagasaki 75 years ago, a new form of horror came into the world. There is only one sure way to ever get rid of these weapons, says Felix Steiner.

The people of every era have fought each other with the most modern weapons at their disposal. Prohibitions are of no use at all, because someone will always use whatever science is available to gain an advantage.

My social studies teacher provoked me with this wisdom almost 40 years ago — at the height of the NATO rearmament debate. To this day, the teacher — he passed away some time ago — has been right.

Only about a third of the number of nuclear warheads that existed then are still around today. But their destructive potential has changed only slightly. For any rational person this is quite insignificant: What difference does it make whether humanity can extinguish itself 10 or a 100 times over? Once is enough.

Nuclear weapons as a guarantee

Much more crucial is to consider who has nuclear weapons now. With North Korea and Pakistan, two new states have joined the list of nuclear nations in the past 40 years, which clearly demonstrates the basic problems of arms control and non-proliferation treaties.

Take North Korea: Dictator Kim Jong Un has already met US President Donald Trump twice, laughing and shaking hands, then doing whatever it wants. Then there is Iran, which does not yet have a bomb, but which (with good reason) is said to have ambitions. And would Ukraine — knowing that Russia had annexed the Crimea — return the nuclear weapons on its territory to Moscow today? We learn: Whoever has the most deadly of all weapons feels safer.

Take Pakistan: The most dangerous aspect of Pakistan’s nuclear program to date is not the country’s chronic instability, the unpredictability of its regime or the traditional enmity with neighboring nuclear power India, but the business conduct of Abdul Kadir Khan, the much revered “father of Pakistan’s nuclear program.” He has sold his technical knowledge — as has been proven, to Tehran, Pyongyang and Tripoli. And where else? We do not know.

My teacher was right: There is always someone who wants to gain an advantage. We can confidently doubt that these people are always honorable and guided by reason. The existence of nuclear weapons remains a perpetual danger, as does the knowledge of their construction.

Pressure must come from below

To this day, the United States remains the only power that has ever used this most brutal and deadly of all weapons. And — because victors write history — it has never been condemned for it, even though the bombings of Hiroshima and Nagasaki, with more than 100,000 dead each, do, indeed, meet all the criteria for war crimes.

Moreover, historians have long since proven that the justification for those bombings — to make an invasion of Japan, with possibly thousands of dead US soldiers, superfluous — was a grandiose lie. Japan had already offered to surrender before.

Nevertheless, the vast majority of Americans still believe that the use of nuclear bombs was the right thing to do. The only sign of hope is that less than half of 18- to 29-year-old US citizens are now of this opinion.

In the future, it may be conceivable that a US president will visit Hiroshima and not only call for the memory of August 1945 to never fade (as Barack Obama did in 2016), but will also apologize for this atrocity. The pressure for this will not be exerted at international conferences. It can only come from below, from society.

Such a step will certainly not eliminate a single nuclear weapon. But it could be the beginning of a ban. And a sign of hope that the bombings of Hiroshima and Nagasaki remain isolated events.

There is probably no guarantee that nuclear weapons will disappear until one thing happens: When mankind has invented an even more deadly and efficient killing tool. Anything other than that will probably remain wishful thinking. Just as my teacher always knew.