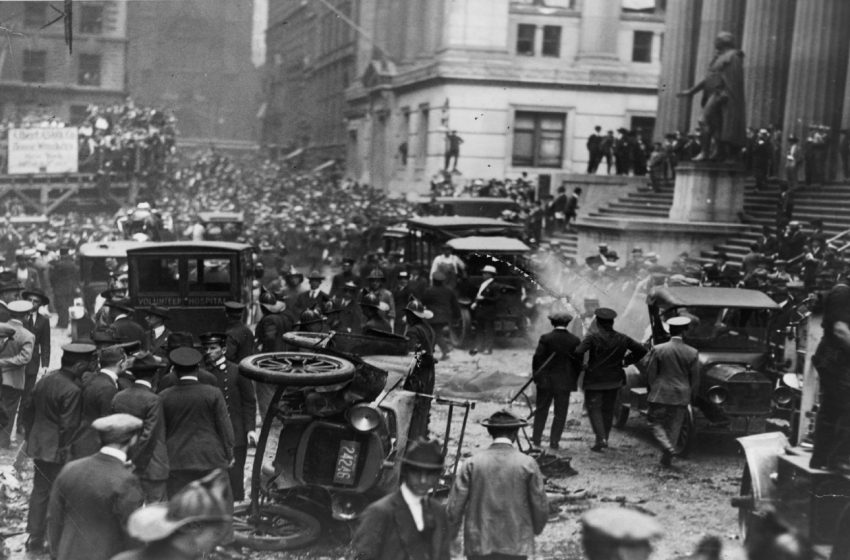 When asked about terrorists’ use of modern technology, analysts often point to high-profile events like the team of mujahedeen who shot down three Soviet helicopters with four Stinger missiles in 1986. They also cite the surprising cruise missile attacks by Hizballah on the Israeli corvette Ahi Hanit in 2006 and by the Houthi on the USS Mason in 2016. Yet these examples represent only those where weapons produced specifically for war were employed. All were products of a government-driven, closed system of weapons development.

This entirely misses a different kind of technology that has dramatically extended the reach of nonstate actors — openly available commercial technology. On Oct. 3, 1993, Somali clansmen used a network of handheld radios and cell phones to mobilize entire neighborhoods against a U.S. raid into Bakaara Market in Mogadishu, in what became known as the Black Hawk Down incident. The American command was clearly surprised by the combination of these communications assets and runners to rapidly mass against U.S. Army Rangers and Delta Force soldiers.

Throughout the 2000s, military forces failed to anticipate the use of cell phones, base stations, and garage door openers to trigger improvised explosive devices. From 2015 to 2017, Ukrainian separatists used small drones to drop thermite grenades on four Ukrainian military ammunition depots — resulting in the destruction of hundreds of thousands of tons of ammunition. In 2017, ISIL used a mix of low-cost commercial and homemade drones to repeatedly attack Iraqi security forces in Syria. During one 24-hour period, they almost froze all Iraqi military movement by executing 70 drone missions. The only response Iraqi forces had was highly ineffective small arms fire. Terrorists have also adapted open-source social network tools and commercial communications networks for recruiting, planning, and executing attacks. As early as 2002, Abu Ubayd al-Qurayshi used the internet to disseminate al-Qaeda’s strategy for continuing the fight despite American actions in Afghanistan. Until his death, Osama bin Laden continued to motivate his followers via video tapes even while subject of an intense global manhunt.

Over the past few decades, well-armed, advanced militaries have regularly been caught off-guard by insurgents or terrorists using affordable, commercial technology.

The world saw a similar exploitation of new technologies by nonstate actors in the closing decades of the 19th century. Rapid changes in transportation, communications, food production, medicine, manufacturing, and energy production enabled terrorists to cause violence and advance their agenda. Studying that era can provide guidance for those fighting nonstate actors today.

In an early use of dynamite, for example, the Narodnaya Volya or “People’s Will” assassinated Tsar Alexander II of Russia in 1881. Developed as a tool for civil engineering, dynamite was quickly repurposed by anarchists to conduct hundreds of bombings around the world. In 1920, a single bomb killed 30 and wounded over 300 on Wall Street. In fact, the international anarchist movement and dynamite created a reinforcing feedback loop. Anarchists used dynamite in highly disruptive bombings and those successes encouraged others to turn to anarchism. This led to more successful bombings and improved tactics. Unhindered by bureaucracy or risk analysis, anarchists drove innovation in the use of small explosives. These attacks consistently surprised authorities because government experts had not succeeded in creating these weapons and did not anticipate their use. Just as important, dynamite’s incredible commercial utility led to increased production globally. As a result, the location of the attacks mirrored the diffusion of dynamite production. In her latest, meticulously researched book, Power to the People: How Open Technological Innovation is Arming Tomorrow’s Terrorists, Prof. Audrey Kurth Cronin noted that of 1,291 reported bombings, the vast majority occurred within 150 miles of a high-explosives factory.

Cronin next looks at the AK-47. While it may seem like a rifle doesn’t constitute a technological leap, the AK-47 provided insurgents and terrorists with firepower overmatch against many state security forces. Light, incredibly reliable, and simple, this weapon allowed small terrorist and insurgent units to achieve at least parity with government forces in close fights. Since the nonstate actors usually initiated the contact, this provided a huge advantage in insurgencies across the globe. Like dynamite, the low cost and high utility of this weapon led to widespread diffusion. The construction of factories across the Warsaw Pact states, in Egypt, and in China made tens of thousands of these weapons available in white, grey, and black arms markets. Once again, diffusion proved to be as critical as invention.

The adoption and diffusion of new technology through commercial and terrorist use is the central theme of Power to the People. Cronin dedicates the first section of her work to theories of military innovation and how violent nonstate actors have adopted key aspects of that innovation. She uses case studies on the adoption and diffusion of dynamite in the 19th century and the AK-47 in the mid-20th century to validate the theory provided. It is important to understand how terrorists and insurgents innovate. But, in order to anticipate changes in nonstate actors’ actions, it may be more important to understand the pattern of diffusion of that innovation.

Turning to the present, Cronin examines the multiple ways in which terrorists and insurgents have exploited social networks and global communications networks in recent years. Drawing on products developed for commercial purposes, she illustrates how nonstate actors have leveraged these tools for instantaneous, secure communication, targeted recruiting, high quality video production, and dissemination for information warfare. Social media has even led Americans to conduct terror attacks on U.S. soil. In 2013, Anwar al-Awlaki, an American who became a terrorist, used al Qaeda’s on-line journal Inspire to recruit and instruct terrorists. The Tsarnaev brothers used the instructions in his Inspire article “How to Build a Bomb in Your Mom’s Kitchen” to build the bomb they used at the Boston Marathon. For its part, ISIL made intensive use of the internet to disseminate videos of their victories and their beheadings of opponents as part of an overall propaganda and recruiting campaign.

Looking into lethal innovations, Cronin examines the convergence of new technologies, highlighting how drones, 3D printing, robotics, and autonomous systems are extending the reach of today’s terrorists. Since developers of these technologies are engaging in ferociously competitive markets, the capabilities of their systems are increasing at near exponential rates and have diffused globally.

Cronin notes that, historically, insurgents have not employed cutting-edge technology. Instead, they have adapted widely used technology in unexpected ways (e.g., creating small, hand-carried dynamite bombs to conduct assassinations). To anticipate future attacks, security personnel need to consider how available technology could be assembled in different ways. As an example, Cronin notes that all the components for autonomous slaughterbots are available off-the-shelf today.

A Guide for Democracies on Technology and Nonstate Actors

How should democracies face these threats? Cronin provides a practical, concise list of the characteristics nonstate actors seek in innovative weapons. They need to be accessible, cheap, simple to use, transportable, concealable, and effective. Moreover, nonstate actors are looking for weapons that are useful in a wide range of contexts, part of a cluster of technologies that magnify their effects, are symbolically resonant, and can be given to unexpected uses.

Weapons with these characteristics empower individuals and small groups “not because they are superior to high-end technologies of states … but because they help mobilize individuals, extend their reach, and provide them with unprecedented command-and-control abilities.” The list accurately reflects the history of 20th and early 21st century insurgent and terrorist use of technology, and provides a helpful guide for thinking about how terrorists may use new technology and what steps nations might take to prevent it.

Cronin also discusses the inexorable factors driving both innovation and the diffusion of dual-use technologies. In short, technological change is driven by profit and the potential to exploit it will continue to accelerate. Since profit is the driver for these innovations, Cronin suggests threatening those profits by holding companies accountable for informing the public of the risks involved with certain technologies and enacting thoughtful regulation. Such regulation was successful in reducing the incidents of dynamite bombings in Europe in the late 19th and early 20th centuries. In contrast, America’s failure to regulate meant bombings continued until the United States dealt with the underlying social causes that drove the bombers. As early as 1886, an anarchist threw a bomb at police in Haymarket Square, Chicago. By 1908, The New York Times reported one bombing a month in the city. Anarchists and unionists executed a total of 216 bombings in the United States between 1867 and 1934. This obviously feeds the debate as to whether one treats the symptoms or the cause of the problem. One also has to consider if treating the symptoms can create other problems. America’s two-decade experiment with hardening its domestic defenses against terrorist threats has generated unexpected consequences that are playing out in the streets as over-militarized police respond to civil protests.

Randal D. Law’s Terrorism: A History or Bruce Hoffman’s Inside Terrorism (Third Edition) provide outstanding surveys of how terrorism has evolved. But Cronin’s book, too, belongs on every national security professional’s shelf. As the world enters another period of accelerated technological change, understanding the nexus of terror and technology may prevent increasingly deadly attacks. The alternative is to be surprised like the governments contending with the anarchists.