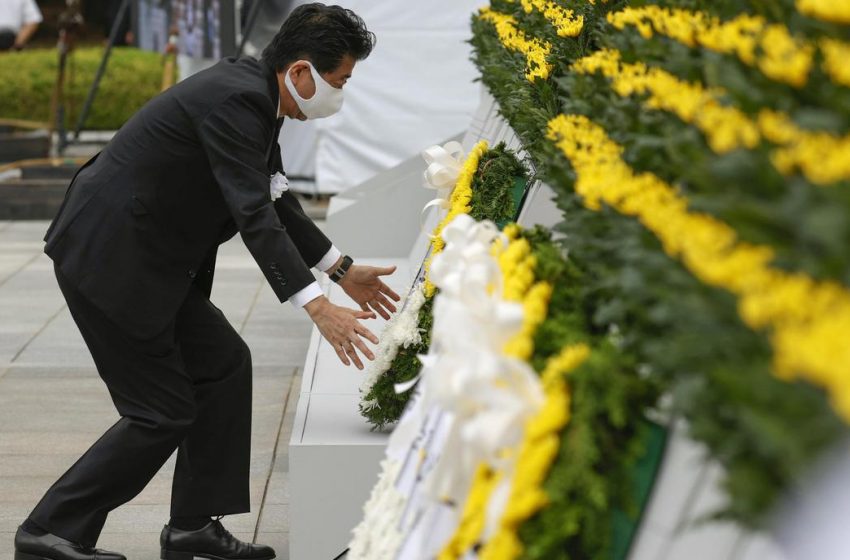 The physical impact of those two attacks transformed how the world thought about war and imposed a terrible human cost that has generated pressures against further nuclear weapon use. Although there’s debate over death toll figures, estimates range from 70,000 to 140,000 dead at Hiroshima and 40,000 to 70,000 at Nagasaki. This doesn’t take into account the long-term medical and psychological effects of the use of just two nuclear weapons.

Seventy-five years later, nuclear weapons continue to cast a shadow over the international security environment. Efforts towards total nuclear disarmament were never really credible, but arms control—a more practical immediate step—now looks set to falter as well. With major-power competition rising, and prospects for international cooperation on reducing the number and efficacy of nuclear weapons receding, the odds of avoiding the next use of nuclear weapons in anger are declining.

In considering the prospect of a more dangerous and contested future, the key questions are whether our luck will hold, whether deterrence will continue to work or remain relevant, and whether that taboo is real enough to enable us to avoid nuclear-weapon use in the future.

First, in terms of luck, although the Cold War had its share of crises and nuclear ‘near misses’, there was at least a degree of broad stability in the relationship between the United States and the Soviet Union, with both sides largely sticking to undeclared rules on crisis management, especially after the near-miss of October 1962. That in turn made arms control possible, enabled by confidence-building and verification measures and regular high-level dialogue.

Staying lucky may be a passing trend.

The end of the 1987 Intermediate-Range Nuclear Forces Treaty in 2019, and now the likely prospect that the 2010 New START agreement on strategic nuclear forces won’t be extended by the February 2021 deadline, increase the risk that the undeclared rules for major-power behaviour will fray. The lapse of New START would essentially see the end of meaningful arms control between the US and Russia.

This is occurring at the same time as both Russia and China are modernising their nuclear forces, with the US is set to follow suit in updating its increasingly ageing nuclear capabilities and infrastructure. The absence of arms control and the strategic dialogue that went with it would take US–Russia relations back to the tense times of the 1950s and potentially see rapidly escalating numbers of warheads and delivery systems being acquired in an action–reaction cycle driven by rising security dilemmas.

That sounds bad enough, but in the 21st century it’s a far more complex strategic picture, and that complexity could erode the efficacy of nuclear deterrence overall. Although the People’s Republic of China has had nuclear weapons since 1964, the central strategic deterrence dynamic that shaped stability and arms control engagement through the Cold War was always between Moscow and Washington. In 2020 and beyond, the US must contend not only with Russia deploying new types of nuclear capabilities (including nuclear-powered strategic cruise missiles and the Poseidonnuclear unmanned underwater vehicle, as well as hypersonic weapons) but also China modernising its nuclear delivery systems.

Added to this are the complex secondary deterrence relationships which are now emerging. These include the risk of nuclear action–reaction arms racing between India and China and between India and Pakistan, and the risk of a highly unstable deterrence triangle between all three powers against the context of active border disputes along the India–Pakistan and India–China borders. There are also challenges from an unpredictable nuclear-armed North Korea, as well as a risk that Iran will once and for all break out of the now-dead Joint Comprehensive Plan of Action, which would have constrained its nuclear options at least until the mid-2030s. Things are looking much more messy and less controllable.

So, the clean deterrence theory of mutually assured destruction that characterised US–Soviet decision-making in the Cold War will be weakened by growing complexity and strategic uncertainty implicit in a multi-faceted nuclear order. That makes staying lucky much harder to guarantee in the next major nuclear crisis.

But what about the nuclear taboo? It’s impossible to really know whether the likes of North Korean leader Kim Jong-un, or military decision-makers in Pakistan, see nuclear weapons as non-usable in a crisis. The issue of Russia’s integration of non-nuclear and non-strategic nuclear weapons and the debate over ‘escalate to de-escalate’ in Russian nuclear doctrine have generated uncertainty over whether Russia would use nuclear weapons pre-emptively in a local crisis. China maintains a ‘no first use’ posture, but concerns are growing that it could seek to race to nuclear parity, which could see that commitment erode.

The US, UK and French nuclear arsenals remain configured for traditional deterrence roles, but the US arms control community has raised concerns that new W76-2 low-yield warheads for the US Trident D-5 missile and a nuclear-armed submarine-launched cruise missile could lower the US nuclear threshold. New technologies such as hypersonics and advanced autonomous systems add to a more uncertain and complex future for the stability of nuclear deterrence and the efficacy of a nuclear taboo, and it would be a brave assumption to suggest that nuclear weapons will never be used again.

This article by Malcolm Davis first appeared in The Strategist on August 6, 2020.

Image: Japan’s Prime Minister Shinzo Abe wearing a protective face mask, offers a wreath to the cenotaph for the victims of the 1945 atomic bombing, at Peace Memorial Park in Hiroshima, western Japan, August 6, 2020, on the 75th anniversary of the atomic bombing of the city. Mandatory credit Kyodo/via REUTERS.