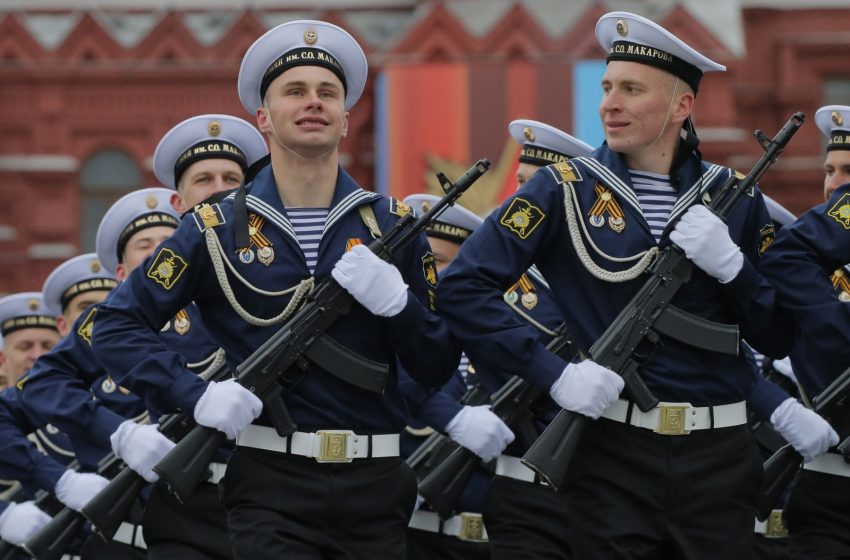 Key Point:  Dr. Strangelove would like this weapon. But it seems more destabilizing or overkill than actually useful.

The second Russian Navy submarine to serve as a basic carrier of the Poseidon nuclear-capable underwater drone will be floated out in late June, the state media reported. The Khabarovsk will reportedly be

“The Khabarovsk [Project 09852] will be floated out in late June at the earliest. There is no exact date so far,” a source from the Russian defense industry told TASS.

Naval News, with data from Covert Shores, has described the new submarine as similar but smaller than the Project 955 “Borei” SSBN. The estimated length of the new submarine is about 120 meters compared to the 160 meters for the BOREI. In addition, it was noted that it is even possible that the submarines may share many components and even hull sections.

Khabarovsk, the lead boat of the Project 09851, is the first of four planned nuclear-powered submarines and it was laid down in 2014 with plans for it to be launched this year. The Khabarovsk-class boats should be capable of carrying weapons such as torpedoes, anti-ship and land attack missiles—and as these will be fitted with a nuclear reactor and pumpjet propulsion system should have unlimited range, while sea endurance will be limited only by food supplies.

The Poseidon is a unique UUV with a nuclear propulsion system and nuclear warhead, and it can operate as an autonomous nuclear torpedo with a nearly unlimited range. The Pentagon reports confirmed the existence of the UUV in 2016. It can reportedly carry a nuclear warhead with a blast yield of two megatons (MT), and it can reach underwater speeds of 108 knots—significantly faster than traditional torpedoes.

The weapon platform is capable of destroying enemy infrastructural facilities, aircraft carrier strike groups (CSG) and other targets. The Poseidon drones, along with other nuclear-power submarines, which act as the carriers for the weapons, make up part of Russia’s so-called oceanic multipurpose system. A source in the Russian defense industry told TASS that the Poseidon drone is capable of destroying an enemy naval base or hit at an enemy’s important coastal economic facilities—which could be read to include a city such as New York or Boston.

In the March 2018 state-of-the-nation address to both houses of the Russian parliament, President Vladimir Putin mentioned for the first time Russia’s efforts to develop a nuclear-powered unmanned underwater vehicle that could carry both conventional and nuclear warheads.

The first basic carrier of the Poseidon was the Project 09852 special-purpose nuclear submarine Belgorod, which was floated in April of last year and which is expected to enter service with the Russian Navy this coming September. In addition to carrying the Poseidon, the Belgorod was developed to carry rescue deep-water drones.

Peter Suciu is a Michigan-based writer who has contributed to more than four dozen magazines, newspapers and websites. He is the author of several books on military headgear including A Gallery of Military Headdress, which is available on Amazon.com. This first appeared earlier in 2020 and is being reposted due to reader interest.