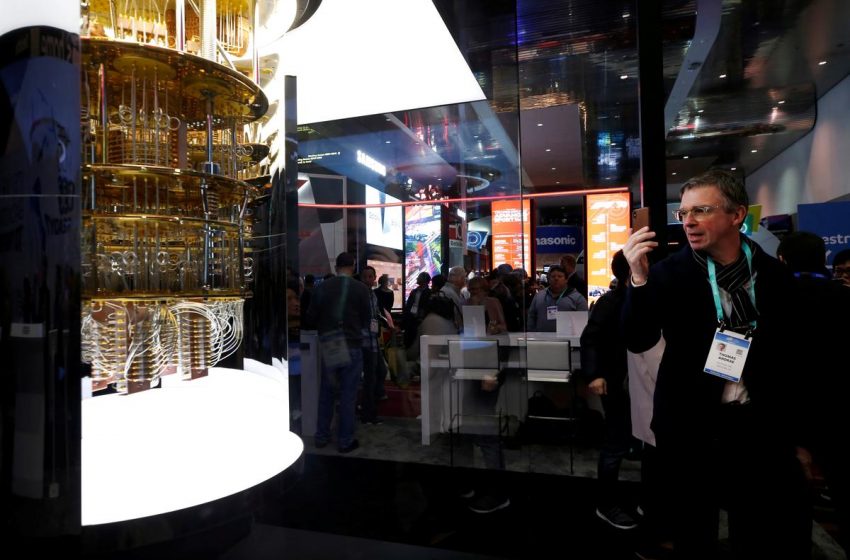 FILE PHOTO: A man takes a photo of a model of the IBM Q System One quantum computer during the 2020 CES in Las Vegas, Nevada, U.S. January 7, 2020. REUTERS/Steve Marcus

SAN FRANCISCO (Reuters) – The U.S. Department of Energy on Wednesday said it will provide $625 million over the next five years for five newly formed quantum information research hubs as it tries to keep ahead of competing nations like China on the emerging technology.

The funding is part of $1.2 billion earmarked in the National Quantum Initiative Act in 2018.

“It’s absolutely imperative the United States continues to lead the world in AI and quantum. We know our adversaries around the world are pursuing their own advances,” U.S. Chief Technology Officer Michael Kratsios said during a White House press briefing announcing the quantum information research funding and another $100 million plus investment into the National Science Foundation’s AI Research Institutes.

Missing from the list are Google parent Alphabet Inc (GOOGL.O), considered one of the top firms in quantum computing, and Honeywell International Inc (HON.N), which unveiled its quantum computing business in the past year. The Energy Department spokesperson declined to comment on whether they had been part of a proposal that didn’t receive funding.

Paul Dabbar, under secretary for science at the Energy Department, said the private sector contributed another $340 million worth of labor, equipment, lab space and other assets to the project.