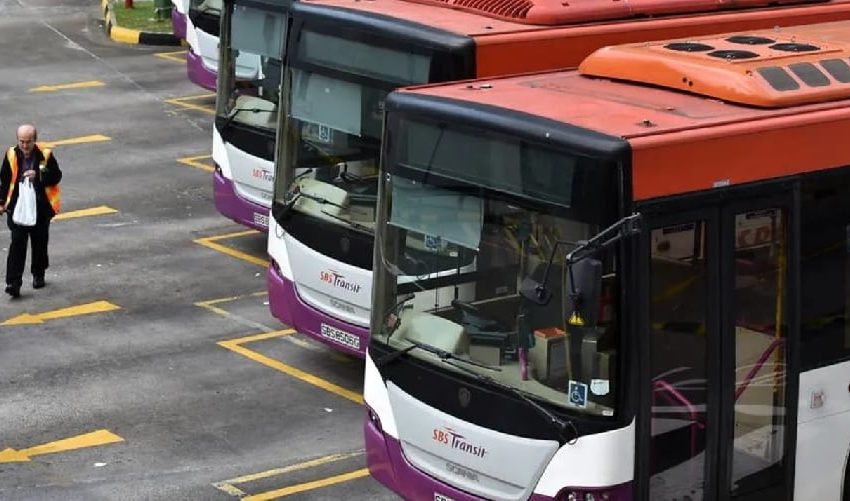 An audio has surfaced on social media where an SBS Transit employee can be heard allegedly intimidating a bus driver who is involved in a lawsuit against the company.

The audio was uploaded by QM Chua, one of the 13 drivers who sued the company over wages, on Tuesday evening (4 August) on his Facebook page.

Mr Chua pointed out that the public transport operator’s “disturbing conduct” has emerged as the hearing date for the case approaches.

“I am one of the 13 bus drivers involved in the lawsuit against SBS. As we get closer to the date of the hearing, disturbing conduct of SBS has been emerging,” he wrote.

He added, “One of the 13 bus drivers involved in the law suit against SBS was called by SBS to target me. He met me at a food court for lunch and somehow, SBS found out and called him for an interview to ask about what I had told him”.

If that’s not all, Mr Chua also said that another driver who is part of the legal suit was also called in for a similar interview session with SBS Transit.

For those who are not aware, a total of 13 bus drivers have filed a legal case against SBS Transit for failing to compensate the drivers at the basic hourly rate of pay for their waiting time between shifts.

The lawsuit arose after the two parties had failed to reach a settlement in their final mediation session between the first tranche of suits as reported on 28 February.

In a statement of claim filed in the State Court on 26 February and seen by TOC on 3 March, the bus drivers alleged that the company has breached several provisions under the Employment Act (EA) — the statutory legislation upon which the terms and conditions pertaining to their working hours and overtime were based on.

As for the recent released audio recording, we can hear that an employee of the public transport operator started off by saying to the involved driver that he should not talk to anyone about the case as it can “influence” them.

“We worry that you talk to too many then everybody got influenced. I hope that you don’t talk to anyone,” he said.

Additionally, the public transport operator’s employee also told the affected bus driver that SBS Transit has hired two lawyers and their rates are high, unlike the charges of Mr M Ravi.

“SBS has two lawyers now. Your Ravi [M Ravi] free nevermind, he always free. But our SBS lawyer he got to pay, and our lawyer fee is not [M Ravi] pay you know..If [M Ravi] lose, you’ll have to pay. You may have a lot of money but to other people, they got no money,” the employee said.

To this, Mr Chua said in his post that SBS mocked Mr Ravi by calling him a “free lawyer”, adding that the company’s lawyer “was more expensive and therefore better”.

For this lawsuit, SBS Transit has appointed Davinder Singh LLC to represent itself, whereas the bus drivers are being represented by lawyer M Ravi from Carson Law Chambers.

Later in the audio, the employee can also be heard saying that SBS Transit is confident that it will win the case as it has been around for more than 40 years in Singapore. If that’s not all, he also said that SBS Transit has the backing of Temasek Holding, unlike other operators like Tower Transit Singapore and Go-Ahead Singapore.

“I tell you the chances for you to lose is very high. SBS has been here for 30 to 40 years. We are Temasek-backed company… Not like Tower Transit, Go-Ahead,” he said.

The employee of SBS Transit also pointed out that he tried to convince the involved driver to not be part of the legal case but he chose to ignore his advice. As such, he said that he is not sure now if the driver can withdraw the case.

“But the way you do, you create a lot of problem for everybody. I hope you don’t join but since you already join, then I don’t know if you can withdraw or not. It’s up to you because you’re already an adult and you know how to analyse the problem. This is a legal case. Whoever lose got to pay the court and lawyer money,” he reiterated, adding that he is confident that SBS Transit will win the legal battle.