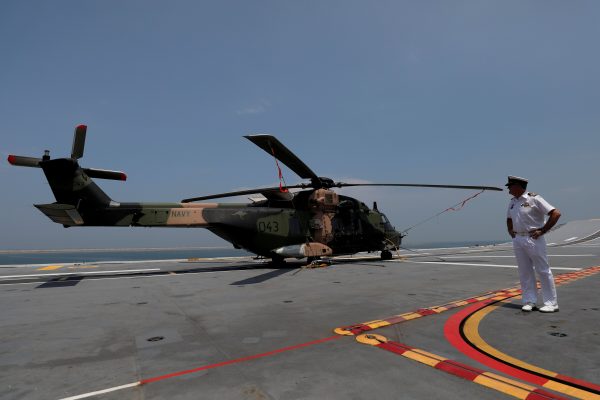 The Australian Department of Defence’s three recent update documents — the 2020 Defence Strategic Update, the 2020 Force Structure Plan and the Defence Science and Technology Strategy 2030 — all recognise the country’s demanding new strategic environment. This is reflected in the prioritising of operations in Australia’s immediate region, planning for force structure and preparedness, and the greater attention given to sovereignty and self-reliance.

The strong refocus on operations in Australia’s region removes the ambiguity of the 2016 Defence White Paper. It recognises that Australia’s new strategic environment is significantly more demanding and that Australia’s power and influence are limited. Australia has to make hard choices, and the renewed emphasis on the region will help avoid the waste of funding for lower priorities.

The assumption of extended warning for intense conflict is now a thing of the past. This is a significant break from the strategic framework of most of the past 50 years when defence planning assumed warning times of 10 years or more for a major assault. This means that the new framework for risk management and decisions on preparedness and force structure differs substantially from the old, emphasising the need for a more capable defence force at a higher state of preparedness.

There is an impressive commitment to improving the Australian Defence Force by acquiring capabilities based on modern technologies. These include long-range precision strike weapons, improved undersea surveillance, remotely operated or autonomous vehicles, sovereign capabilities in space-based imagery and satellite communications, and modernised surveillance, mobility and firepower for the army. The coverage of the Jindalee radar at Longreach will be doubled to 180 degrees. Provision for this expansion was made in the original decision in 1990, against the prospect that it might one day become a priority. Australia’s cyber capabilities — offensive and defensive — will also be improved.

Such an extensive program of modernisation will take time, not least because there is no additional funding in the Defence forward estimates beyond what was already planned. It is also notable that there is no planning for additional destroyers or combat aircraft — these numbers will remain much the same as during the era of extended warning times, requiring some suspension of disbelief.

Perhaps the answer can be found in the extensive acquisition of autonomous and remotely operated platforms and smart weapons, reducing the need for increased numbers of traditional major platforms. Alternatively, further work might be needed to determine how Australia would expand its capabilities in the event that its strategic outlook — with little warning — became more severe.

In light of shortened warning times, it is appropriate that there is a clear commitment to increase preparedness (readiness and sustainability), with close attention to munitions and fuel stocks. But the Force Structure Plan implies that much of this is work in progress and will take some time to be fully implemented.

At this stage, Defence is only developing options to increase supplies of munitions. Funding for the recapitalisation of the Reserves — who ought to have a critical role in increased preparedness and force expansion — does not start until 2030. In the short term, there appears to be no provision for significant increases in stocks of sustainment spares, although this is not clear.

The renewed focus on self-reliance confirms the centrality of sovereignty in planning for Australia’s security. This focus pervades the entire modernisation program, a prominent example being the intention to acquire a self-reliant capability in space-based imagery. This will allow a sovereign approach to the provision of targeting data for the inventory of new and more capable missiles. Also important is the intention to explore the potential for a sovereign capability to produce guided weapons in Australia. Such initiatives take the framework for self-reliance beyond that of earlier years, such as the 1987 Defence White Paper.

Increased self-reliance is also reflected in Australia’s response to the opportunities offered by the Next Generation Technologies Fund. This will focus the development of Australian defence research and development — within universities, industry and the Defence Science and Technology Group — on those capability areas where sovereignty is critical. This approach has the potential to make a significant and welcome difference.

These new directions in defence policy are consistent with a number of recommendations made in recent years and are to be applauded. There are, of course, some points that might be contested — there always are in initiatives of this nature. But overall the new policies are sound. The challenge will be in implementation. The government must ensure that the rate of implementation does not get overtaken by further and more rapid strategic deterioration.

Richard Brabin-Smith AO is Honorary Professor at the Strategic and Defence Studies Centre, the Australian National University. He is a former Defence Department deputy secretary for strategic policy and chief defence scientist.