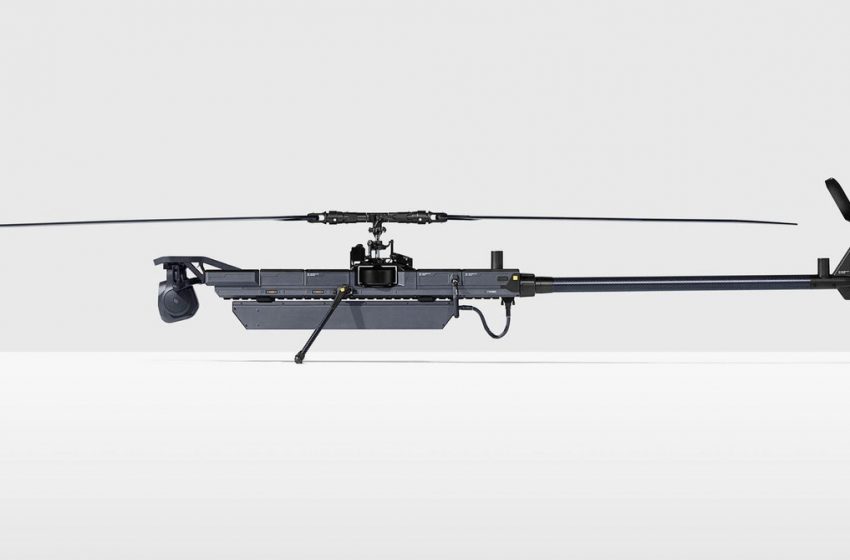 This spring, a team of small drones, each resembling a small, sensor-laden helicopter, scoured a lush stretch of wilderness near Irvine, California. They spent hours circling the sky, seeking, among other things, surface-to-air missile launchers lurking in the brush.

The missiles they found weren’t enemy ones. They were props for early test flights of a prototype military drone stuffed with artificial intelligence—the latest product from Anduril, a defense-tech startup founded by Palmer Luckey, the creator of Oculus Rift.

The new drone, the Ghost 4, shows the potential for AI in military systems. Luckey says it is the first generation that can perform various reconnaissance missions, including searching an area for enemy hardware or soldiers, under the control of a single person on the ground. The vehicle uses machine learning (the method behind most modern AI) to analyze imagery and identify targets, but it also relies on more conventional rules-based software for critical control and decisionmaking among swarm teammates.

Luckey says the drones can carry a range of payloads, including systems capable of jamming enemy communications or an infrared laser to direct weapons at a target. In theory the drone could be fitted with its own weapons. “It would be possible,” he says. “But nobody’s done it yet.”

Kevin Ryan, a retired brigadier general and a fellow at the Belfer Center for Science and International Affairs, says the military is interested in small drones, because they can gather the same intelligence as a satellite or a large, conventional drone more cheaply, quickly, and independently.

However, Ryan, who previously worked at iRobot, a company that used to make military systems as well as robot vacuum cleaners, says it remains unclear just how intelligent and how useful such systems will actually be. “Everybody understands that AI is gonna be able to do these fantastic things down the road, Ryan says. “What we don’t know is how soon.”

AI and military systems are either a perfect match or a terrible idea—depending on who you ask. Many researchers view military use of AI as deeply troubling and are seeking bans on weapons that could act autonomously. In June 2018, Google was famously forced to abandon a contract to supply AI-infused image-reading software to the Air Force after employee protests. But with cutting-edge innovations being developed at consumer tech companies, and other countries rushing to make use of AI in their militaries, the Pentagon is keen to court tech firms and talent.

Some companies, such as Anduril, are only too happy to lend a hand. The company, which is also developing a virtual reality platform for patrolling the US border with Mexico, aims to shake up the defense industry with a playbook borrowed from Silicon Valley. Instead of waiting for direction from the Pentagon, it develops products internally that it then hopes to sell to the military. It also looks to militarize consumer technologies such as AI and VR, and to develop prototypes more quickly and cheaply.

Anduril was founded by Luckey and several veterans of Palantir, which sells analytics software to the intelligence industry, and which last month filed for an IPO that could value it at $20 billion. Both Anduril and Palantir are backed by Peter Thiel, a prominent tech investor and Trump adviser.

Drones are also part of a deepening technological standoff between the US and China. Members of Congress have proposed legislation banning government agencies from using consumer drones made in China, and last month the Trump administration named five US consumer drone companies as approved government suppliers. Last week, China banned exports of several kinds of components used in drones. Luckey says all of the components used in Anduril’s technology are made either in the US or in allied countries, or can be replaced with ones that are.

According to Luckey, the company is one step ahead of most in the US military too. “We’re usually building things that the government wants, but does not necessarily believe can be built,” he says. “If we believe something can exist, we just make it as fast as we can.”

Skyborg, The Future Of AI War And The Company In

Spectrum Labs raises $10M for its AI-based platform to combat

Ripjar, founded by GCHQ alums, raises $36.8M for AI that