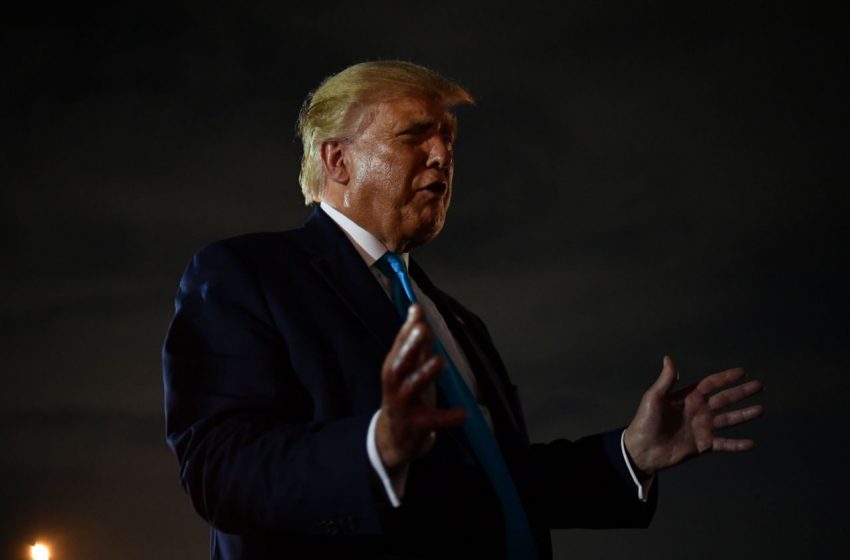 Among the explosive revelations from journalist Bob Woodward’s new book on Donald Trump is that the president claimed to have developed a secret new weapons system – possibly a nuclear one.

In one of the many interviews he gave Mr Woodward for the upcoming book, Rage, Mr Trump – who has pulled the US out of several arms control treaties – discussed the threat from North Korea in the first year of his term and the extent to which the US was braced for a nuclear confrontation. According to the Washington Post, this is where he boasted of the new development.

“I have built a nuclear – a weapons system that nobody’s ever had in this country before,” Mr Woodward quotes the president telling him. “We have stuff that you haven’t even seen or heard about. We have stuff that Putin and Xi have never heard about before. There’s nobody – what we have is incredible.”

It is unclear from the quoted excerpt whether Mr Trump specifically meant a new nuclear system, but Mr Woodward apparently did independently confirm that a new weapons system exists.

In the absence of any further detail, the reaction from weapons control experts has been mixed. Many have pointed out that given Mr Trump’s tendency toward hyperbole, it is quite possible he was alluding to either a minor development to an existing technology.

James Action, co-director of the Carnegie Nuclear Policy Programme, speculated that given the timing of the discussion Mr Woodward describes, Mr Trump might have been referring to the new lower-yield warheads fitted to Trident D5 missiles that were announced in 2018 and first deployed at the end of 2019 – the timing of the first deployment having been classified.

“I don’t believe that the US could build an actually new nuclear weapon in secret,” he wrote. “Too much money for classified budgets. Too many people involved for it not to leak.”Andrew Facini, a nuclear weapons expert at the Harvard Extension School, ran through a list of possible candidates for Mr Trump’s secret new system in a Twitter thread, concluding that given Mr Woodward had confirmed that whatever Mr Trump referred to did in fact exist, it was probably either “something mundane they told Trump was awesome in order to sell it” or “something truly new we still don’t know about and he shouldn’t have blabbed”.

Aside from the tantalising line about the “new system”, Mr Woodward also relates discussions with Mr Trump and others in which they conveyed just how close the US came to a conflict with North Korea, as well as the extent to which senior members of the administration struggled with their consciences while working for the president.

He also reportedly told then-director of national intelligence Dan Coats that the president is “dangerous” and “unfit”, and that “there may come a time when we have to take collective action” – presumably a reference to the 25th amendment, under which a majority of cabinet secretaries can vote to remove the president from power.

History. Hyperinflation, Fascism and War: How the New World Order