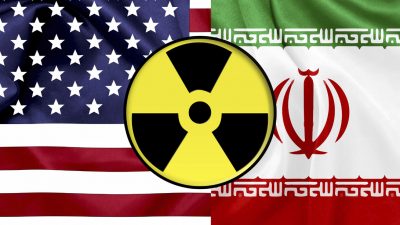 The world is inching closer to restoring a deal to prevent Iran from building a nuclear bomb. The US is examining the Iranian response to a ‘final’ accord tabled by the EU in the latest round of negotiation for the restoration of the Joint Comprehensive Plan of Action (or JCPOA, as the deal between Iran, the five permanent members of the United Nations Security Council, Germany and the European Union is known).

“In a few days we were able to enrich uranium up to 60% and we can easily produce 90% enriched uranium. … Iran has the technical means to produce a nuclear bomb but there has been no decision by Iran to build one.”

Uranium enriched at 90% is considered weapons-grade.

Karim Sadjadpour of the Carnegie Endowment for International Peace recently told CNN that Iran does not want to build a nuclear bomb, but instead they want the capability to build one.  There’s a world of difference.

According to US intelligence agencies, US allies, and IAEA inspectors, by 2003 Iran had abandoned its military nuclear program.

In October 2003, Khamenei issued an oral fatwa, or religious edict, that forbade the production and using any form of weapon of mass destruction. Two years later, in August 2005, the fatwa was cited in an official statement by the Iranian government at a meeting of the International Atomic Energy Agency (IAEA) in Vienna.

How many countries have nuclear bombs?

Iran’s nuclear power station and compared to others

The Bushehr Nuclear Power Plant is the only nuclear power reactor in Iran, with a total of 42 199 million kilowatts of electricity generated from March 2011 to March 2020, which provided 1.84% of national electricity production in 2019.

According to Mohammad Eslami, the head of the Atom Energy Organization of Iran, the country has less than two percent of the global nuclear capacity but is subject to 25 percent of all inspections by the International Atomic Energy Agency.

Eslami feels that western powers use the threat of Iran’s nuclear program as a pretext to prevent Iran from gaining nuclear technology, which has nothing to do with atomic bombs but enables scientific achievements.

Benjamin Netanyahu at the UN

Israel views Iran as their enemy.  Iran is part of a global resistance movement against the occupation of Palestine.  The resistance movement, in its many forms, demands that the five million Palestinians, who are Christians and Muslims, be given their human rights and a homeland that guarantees their freedom and dignity.

In September 2012, former Prime Minister Benjamin Netanyahu addressed the UN General Assembly and used a hand-drawn caricature of a bomb to illustrate the threat of Iran developing a nuclear bomb.  His theatrical stunt was effective, and it got the attention of at least Donald Trump.

Iran reached its 2015 nuclear deal with world powers, which saw it receive economic sanctions relief while it drastically curtailed its nuclear program. Under the deal, Tehran could enrich uranium to 3.67%, while maintaining a stockpile of uranium of 300 kilograms (660 pounds) under the constant scrutiny of IAEA surveillance cameras and inspectors.

The 2015 deal was seen as an achievement of President Obama.  During the political campaign of Donald Trump in 2016, he promised he would break the Iran deal if elected to office.  Many of his campaign promises were directed at anti-Obama goals.

In 2018 Trump unilaterally withdrew America from the accord, saying he’d negotiate a stronger deal, but he never delivered on his promise.

Trump broke the 2015 deal in 2018 to appease voters who were steadfast supporters of Israel.  While in office, Trump took more actions to support Israel than any previous US President.  Netanyahu urged Trump to break the deal, only to find that the Iranian nuclear program was greatly increased because of the break.

Who is the winner if a new deal is done?

China and India have remained loyal customers of Iranian crude, but if a new deal is signed, Iran’s crude oil production and exports could surge.

EU nations are still importing about 1.2 million barrels a day of Russian crude oil, which is two-thirds of the amount before the Ukrainian crisis.  In December, sanctions will stop that flow, and Iran is expected to fill that gap.

In 2016, Iran boosted its output to 3.8 million barrels a day within a year of restrictions being eased.  The onshore tanks stored huge volumes of crude oil and ships off Iran’s coast were quickly ready to sail as buyers placed orders.

According to Julian Lee, an oil strategist for Bloomberg First Word, and formerly a senior analyst at the Centre for Global Energy Studies, Iran may reach a new deal that will allow Iran to fill in the sanctioned Russian crude oil for European nations soon.

This article was originally published on Mideast Discourse.

Steven Sahiounie is a two-time award-winning journalist. He is a regular contributor to Global Research.

See the Facility That Tests whether Nuclear Weapons Work

What Tech Developments Scare Eric Schmidt: ‘You Don’t Need to