The resumption of live performance after the long pandemic shutdown brought plenty to cheer about over the past year. But far fewer people are showing up to join those cheers than presenters had hoped.

Around New York, and across the country, audiences remain well below prepandemic levels. From regional theaters to Broadway, and from local orchestras to grand opera houses, performing arts organizations are reporting persistent — and worrisome — drops in attendance.

Fewer than half as many people saw a Broadway show during the season that recently ended than did so during the last full season before the coronavirus pandemic. The Met Opera saw its paid attendance fall to 61 percent of capacity, down from 75 percent before the pandemic. Many regional theaters say ticket sales are down significantly.

“There was a greater magnetic force of people’s couches than I, as a producer, anticipated,” said Jeremy Blocker, the managing director at New York Theater Workshop, the Off Broadway theater that developed “Rent” and “Hadestown.” “People got used to not going places during the pandemic, and we’re going to struggle with that for a few years.”

Many presenters anticipate that the softer box office will extend into the upcoming season and perhaps beyond. And some fear that the virus is accelerating long-term trends that have troubled arts organizations for years, including softer ticket sales for many classical music events, the decline of the subscription model for selling tickets at many performing arts organizations, and the increasing tendency among consumers to purchase tickets at the last minute.

A few institutions are already making adjustments for the new season: The Baltimore Symphony Orchestra has cut 10 concerts, after seeing its average attendance fall to 40 percent of capacity last season, down from 62 percent in 2018-19.

Small multiples bar chart showing the percent change in weekly gross sales by in 2021 and 2022, compared with an equivalent week in 2019, for 15 shows that were running prepandemic as well as post-shutdown. Several shows have experienced a shortfall in sales compared with prepandemic levels, due to fewer performances and Covid-related cancellations, and many have closed early.

Weeks in which some or all performances were canceled 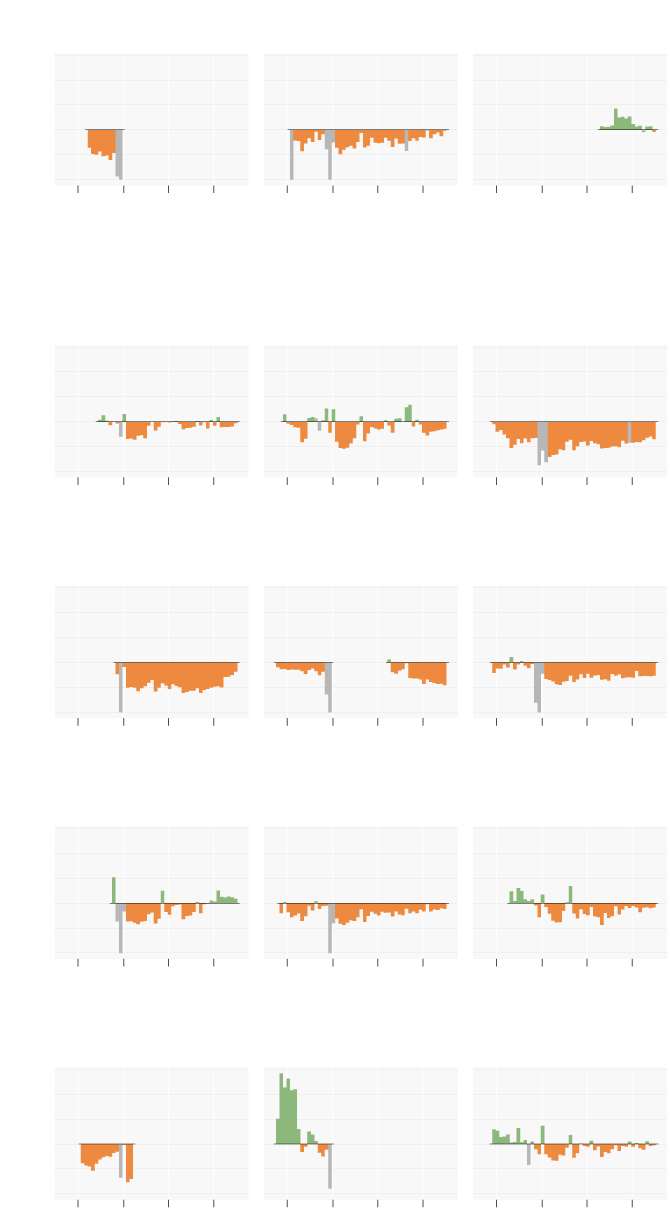 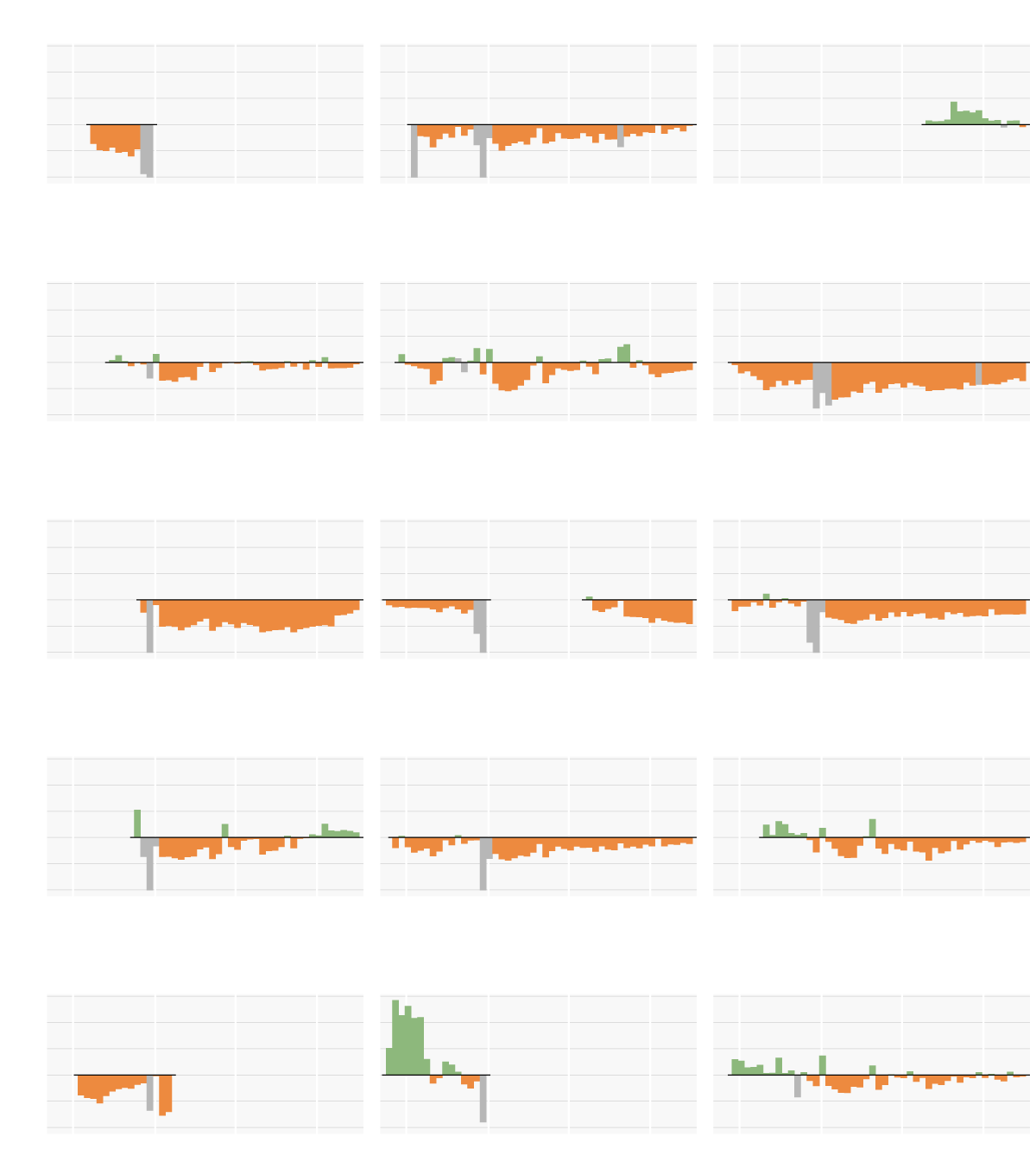 The Book of Mormon

Harry Potter and the Cursed Child

The Phantom of the Opera

To Kill a Mockingbird 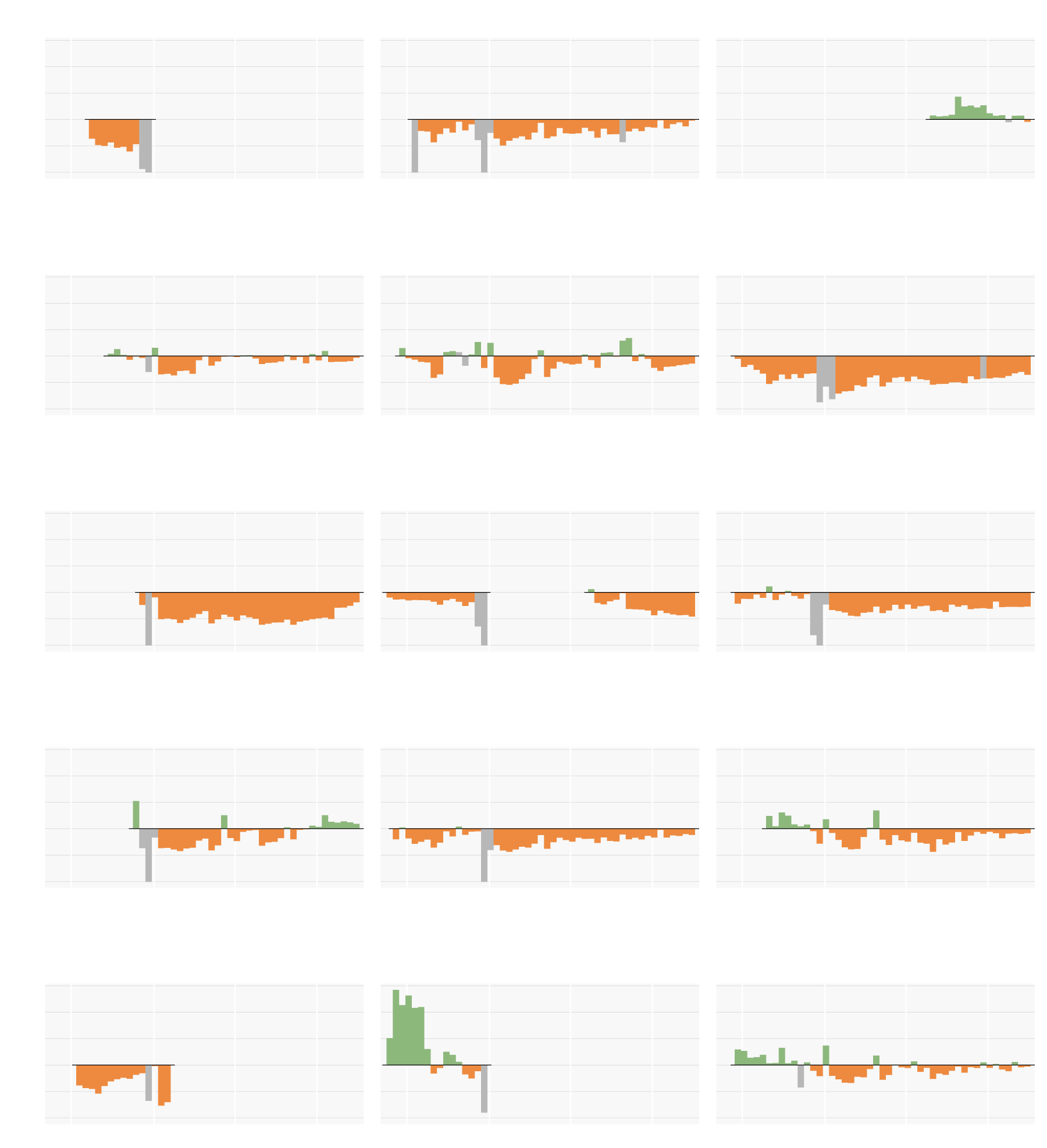 The Book of Mormon

Harry Potter and the Cursed Child

The Phantom of the Opera

To Kill a Mockingbird

Even as much of the nation tries to move past the pandemic, it continues to disrupt audience behavior — putting a crimp in a Broadway that had been booming and adding to the woes of orchestras and opera companies that had been struggling.

Some arts leaders note the ongoing apprehension among some potential ticket buyers about catching the coronavirus. “There are sizable pockets of people, and some of those overlap with our core audience, who are still wary about being in public spaces,” said Oskar Eustis, the artistic director of the Public Theater in New York.

The slower-than-expected return of office workers to city centers, where many entertainment venues are located, has not helped, either. “We don’t yet see everybody who we used to see coming to see a show after work,” said Aidan Connolly, the executive director of the Irish Arts Center, which presents music, dance and theater at a long-in-the-works Midtown Manhattan venue that finally opened in the middle of the pandemic.

There are exceptions, though, showing that a hot property can still draw audiences.

Some Broadway revivals have done boffo business at the box office, including Neil Simon’s marital comedy “Plaza Suite,” which offered fans a rare opportunity to see the spouses Sarah Jessica Parker and Matthew Broderick working together onstage; “The Music Man,” starring Jackman, a huge draw; and “Into the Woods,” the Stephen Sondheim musical that is playing to rhapsodic crowds. “Fire Shut Up in My Bones,” the first work by a Black composer to be presented by the Metropolitan Opera, played to sold-out houses as word of mouth spread.

And the concert industry, which attracts younger patrons than many other performing arts sectors, has been a real bright spot. Live Nation, the global concert giant, recently reported that it had sold 100 million tickets for the full year, more than in 2019.

But scattered hits and crowded concerts can distract from the reality that, for most classical and theatrical institutions and shows, attendance is down, ticket prices are depressed, productions are fewer, and memberships or subscriptions have fallen. The initial post-shutdown optimism — bolstered by pent-up demand — was tempered by wave after wave of new virus variants that raised health concerns and led to numerous performer absences and performance cancellations.

“We were optimistic last summer, when the vaccine first came along, and everyone was feeling, ‘This is great!’ and “Let’s go!’” said Adam Siegel, the managing director of Lincoln Center Theater, a New York nonprofit. “As it turned out, Covid wasn’t quite done with us. It wasn’t a season of opening post-pandemic, but during a pandemic, and of course, attendance was weak.”

A recent study of 143 performing arts organizations in North America by TRG Arts, an analytics firm, found that the number of tickets sold was down by 40 percent in the 2021-22 season, compared with before the pandemic, and ticket revenues were down by 31 percent. The firm attributed the decline to a variety of factors, including ongoing unease about the coronavirus and changing habits around attending live performances. Another factor noted by the TRG Arts study: aging audiences for classical music.

“The biggest problem is that we haven’t finished with the pandemic,” said Peter Gelb, the general manager of the Metropolitan Opera, which never had to cancel last season. “I believe our audience is there — just some of them are in hibernation.”

Carnegie Hall ended the season with an average attendance level of 88 percent, compared with 93 percent before the pandemic, but achieved that in part by presenting fewer concerts: about 115, compared with about 170 before the pandemic. The New York Philharmonic, similarly, finished the season with an average of 90 percent capacity, but that was with a pared-down season of about 80 concerts, compared with 120 in a normal year, and many of the concerts were staged at smaller halls because its longtime home, David Geffen Hall, is under renovation. With the new Geffen Hall slated to open this fall, the Philharmonic said it was seeing an uptick in subscription sales.

It is not just the performing arts that have seen a drop-off. Movie theaters have yet to recover their prepandemic audiences: With fewer releases, domestic box office revenues so far this year are down 31.2 percent compared to the same period in 2019, according to Comscore. Major League Baseball has been drawing fewer fans than it did before the pandemic.

For performing arts organizations, diminished attendance comes at a cost.

“Artistically it was a great year,” said Barry Grove, the executive producer of Manhattan Theater Club, noting that that nonprofit’s three Broadway shows were critical successes. “Financially, it was a different story: Despite all of the success artistically, both subscriptions and single tickets were off by almost a third, and that’s a significant shortfall.”

“There are fewer tourists, fewer older people, and very few groups, and the other thing that can’t be underestimated is that people are still working remotely,” said Sue Frost, a lead producer of “Come From Away,” an improbable feel-good Sept. 11 musical that opened in 2017. “I don’t know when that changes,” she added.

“Come From Away,” which had been doing well before the pandemic, plans to close in October — shortly after the closing of “Dear Evan Hansen,” which also faced a post-shutdown reversal of fortunes.

Even far from Broadway, numbers are mostly down.

“I’d be a liar if I said I was happy,” said Brian Kelsey, the managing director of Peninsula Players Theater in Door County, Wis., an area that is a popular Midwest vacation destination. “I don’t know if people are out of the habit, or unaware, or if the clientele that had come is now more interested in outdoor beer gardens, I just know that we’re definitely seeing a downturn.”

The financial damage is real — a few nonprofits have failed — but also contained, because many organizations, both commercial and nonprofit, received significant amounts of financial assistance from the federal government, and donors, often enriched by a stock market that was soaring at the height of the pandemic, stepped up to sustain arts organizations. But now the federal money has dried up, Wall Street has been volatile, inflation is high, and there is political instability domestically and overseas.

There are upsides. Cultural institutions say they are proud of the work they produced during the past season, and also to have produced work at all. And they have been forced to experiment with — and try to develop — new ways of finding audiences.

“It would be a mistake to simply focus on trying to restore what perhaps existed before the pandemic, because our world has changed in fundamental ways,” said Mark C. Hanson, the president and chief executive of the Baltimore Symphony.

So what happens next? Arts leaders say they are making peace with not knowing. The risk of serious illness seems to be far lower than at the beginning of the pandemic, but the danger of business interruption remains high, as infections continue to prompt periodic cancellations. And it’s not clear when — or if — arts audiences will return to prepandemic levels.

“I have no illusion that we can just snap our fingers,” said Siegel, the managing director of Lincoln Center Theater. “It’s going to take however long it takes.”

“I’m confident that it will return,” he said. “I’m just no longer pretending I’m prophetic enough to know when.”

Putin’s Own Allies Turn On Him as Ukraine Unleashes Hell

Trump’s social media company dealt another setback in road to

Thailand’s day care massacre unites families and a country in