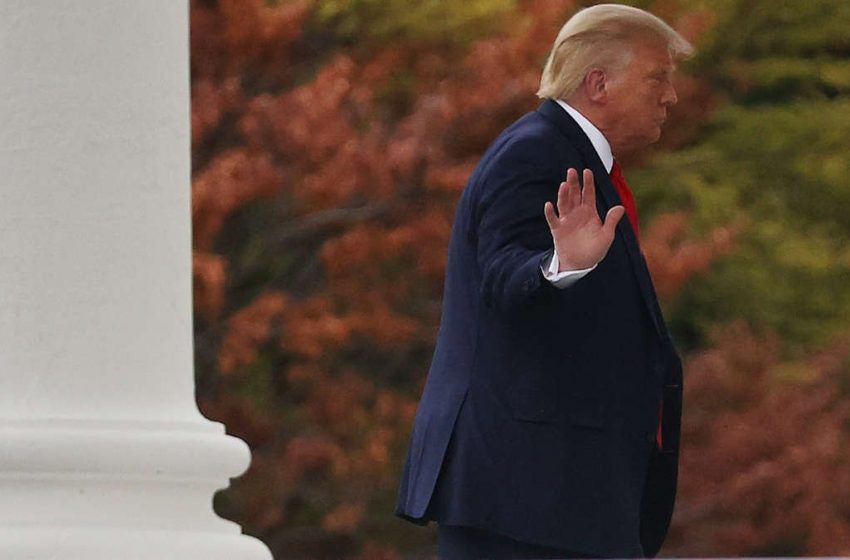 Buried amid this week’s avalanche of news about the Trump administration’s posturing and pandering to extremists and conspiracy theorists was one action that is fraught with peril in relation to the global pandemic we face: The decision to end U.S. participation in international efforts to develop and to globally distribute a COVID-19 vaccine.

Trump is seeking to justify the decision by citing U.S. opposition to the World Health Organization (WHO), which is a key party to the effort. But in reality, it is an epic act of global sabotage.

The effect of this petty and punitive plan is that U.S. vaccine advances over the coming months and years won’t be a centerpiece of a coordinated plan to get new vaccines widely distributed in poor countries. It also means that, if the U.S. vaccine development program under Operation Warp Speed doesn’t bear fruit, the U.S. will be outside of the technology and vaccine-sharing agreements likely to be negotiated by most of the world’s countries. Earlier this summer, WHO reported that at least 150 countries were discussing the shape that the COVID-19 Vaccines Global Access Facility would take, and since then, that number has gone up.

Trump’s decision to sit this partnership out means that the United States is alienating, yet again, its allies around the world with its go-it-alone priorities. And it means that the U.S. is now committed to using vaccines as a diplomatic weapon, holding out the prospect that it will selectively share U.S. vaccines with certain countries, presumably in exchange for economic and military concessions, while withholding its medical discoveries and technological know-how from other countries.

This is the same extortionist approach to government that has defined Trump’s entire foreign policy. Take, for example, his demands that South Korea and Japan pony up protection money in exchange for ongoing U.S. military guarantees. Or his efforts to block international aid to desperately poor countries in Central America unless they accepted asylum seekers deported from the United States.

Trump’s people have, from the get-go, regarded any and all international treaties and binding international agreements, as well as an array of UN agencies, with suspicion. In 2017, the Trump administration announced that the U.S. would withdraw from the Paris climate accords; and two years later, it began the actual withdrawal process. In 2018, it pulled out of the UN Human Rights Council and ceased being a party to the multi-country nuclear deal with Iran. In 2019, it abandoned a key nuclear arms treaty with the Russians. In 2020, at the height of the worst global pandemic in a century, the U.S. pulled out of the World Health Organization.

The administration has also withdrawn from Open Skies agreements, pondered scrapping the agreements underpinning the international postal system and mused about withdrawing from NATO.

But the decision to give the middle finger to the rest of the world when it comes to a coordinated COVID-19 vaccine response is a new nadir. And it also represents a stark break with the U.S.’s past. For, over the last century, U.S. administrations from both sides of the political aisle, and U.S. public health agencies, have made sure that U.S. scientists worked with colleagues from around the world, including with experts from geopolitical rival nations, to eradicate or to at least control the spread of many of the deadliest, most contagious diseases.

To take just a few examples:

The U.S. has been a long-term funder and participant in the Global Polio Eradication Initiative, and has helped fund mass polio vaccination campaigns in poorer countries in the more than half-century since the vaccine became widely available. The result has been the near-eradication of a highly contagious disease that once killed or grievously harmed huge numbers of children annually.

The U.S. has worked with the World Health Organization, UNICEF and other international organizations in ongoing efforts to control the spread of measles — which, in 2018, the last year for which data is available, killed 140,000 children around the world — and to tamp down new epidemic outbreaks.

Under President George W. Bush, in 2002, the U.S. began contributing to a new initiative called the Global Fund to Fight AIDS, Tuberculosis and Malaria, which has worked to channel resources to poorer countries, especially in Africa. While not without criticism, the fund claims that its work has saved over 30 million lives in the past 18 years.

As for working across ideological divides, the ability to cooperate with countries or agencies one doesn’t always agree with has long been a core principle in U.S. approaches to public health. Witness the way in which, at the height of the Cold War, U.S. and Soviet political figures and scientists were able to cooperate to bring the long scourge of smallpox to a close, by helping create a funding and distribution system to get the smallpox vaccine into the far-flung corners of poor countries around the globe. In the end, the Soviets produced 450 million doses of a vaccine that the U.S. then funded the distribution of. By the 1980s, smallpox had been conquered.

And the list goes on. Pick pretty much any mass-killer disease — be it tuberculosis or swine flu, malaria or yellow fever — and the U.S. has embedded itself at the center of international efforts to tackle the crisis. That’s not necessarily because of altruistic reasoning; more likely this engagement achieved bipartisan support over the past several decades because of an awareness that bacteria and viruses respect no national borders, and that a medical or public health crisis that starts in one country will, almost certainly, impact all countries sooner or later.

But in Trumpland, such basic medical truths no longer hold. In Trumpland, diseases can be held at bay by building walls and excluding foreigners from U.S. shores. In Trumpland, political disputes, be they with countries (China) or with international organizations (WHO), always will end up crowding out international cooperation. In Trumpland, if it’s possible to leverage favors by withholding vital assistance or turning medical discoveries into weapons, you can be sure that’s the road decision-makers will go down.

There is something so entirely morally squalid about this understanding of human relations. For when everything is transactional, nothing is inherently valuable.

Tens of millions of people the world over have been infected with COVID-19 in 2020. And hundreds of millions have been thrown into poverty by governments shutting down large parts of their economies in desperate attempts to slow the disease’s spread. If, in the coming months, U.S. scientists develop a vaccine that has the potential to drastically reduce the disease’s death toll and allow economies to return to “normal” once again, providing a lifeline to millions of people living precariously on the margins, then the U.S. has a clear moral duty to share the fruits of that research. Pretty much every other country on Earth has recognized this imperative. But, under Trump, the United States is, once again, flying solo. This decision to shun the international community when it comes to vaccine distribution is a poster child for the amorality that now passes for leadership in Trump’s damaged land.